Back to all posts

BRAND NEW ALBUM: Star of the County Down EP 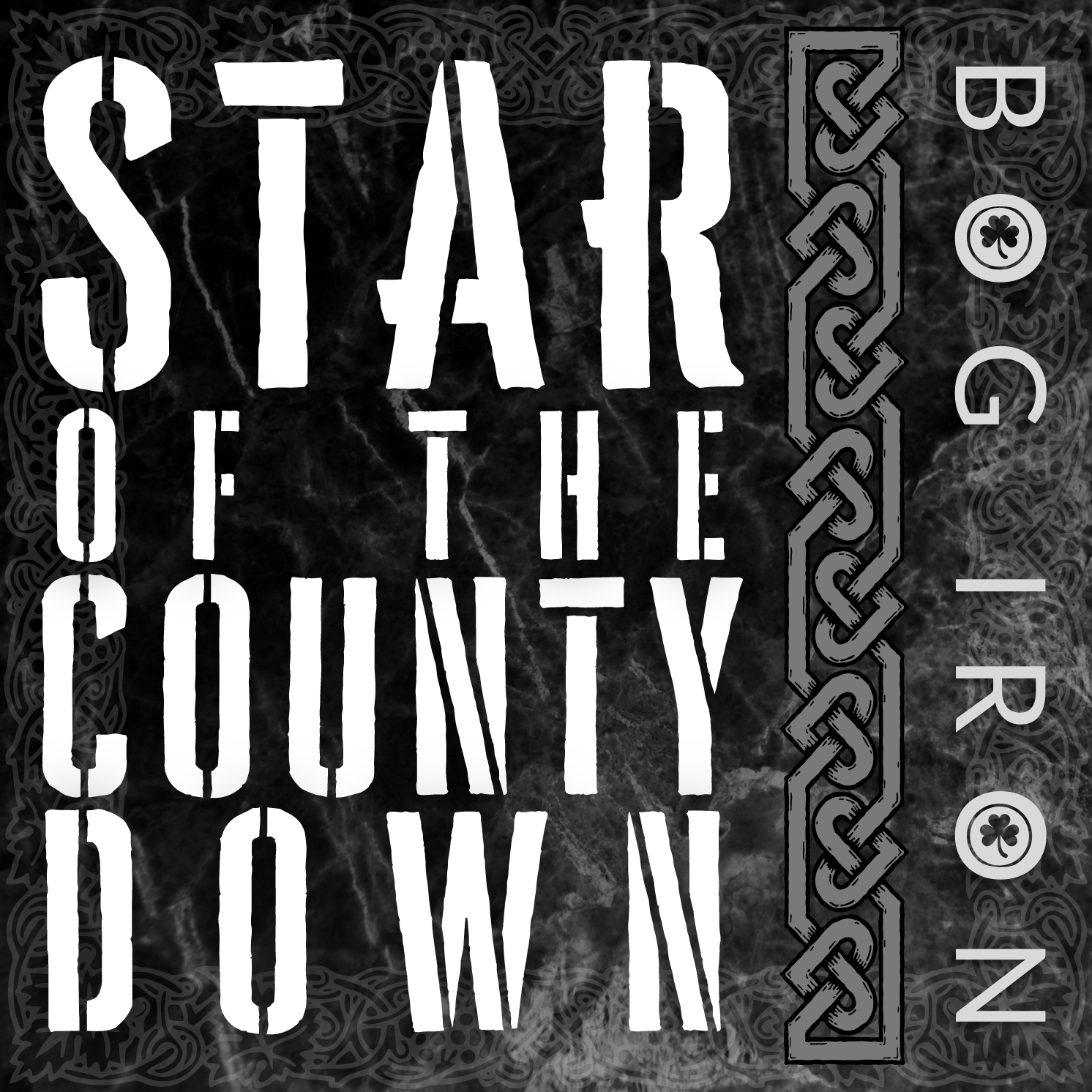 The Tunes of STAR OF THE COUNTY DOWN

We open with the title cut: a traditional done dirty, with hard bluesy riffs, and a gravelly baritone provided by Patrick Golden, his one and only lead vocal in the Bog Iron catalog. Next is ‘Maggie & The Priest,’ a punkish blend of two classic trad tunes, ‘Sleepy Maggie’ and ‘The Musical Priest.’ (What’re Maggie and the priest up to, anyhow…?). Third is the 100% original tune, ‘Kerns & Gallowglasses,’ (ancient terms for Celtic soldiers, referenced in the opening scene of ‘Macbeth’.) This one should come with a warning label: No Bagpipes Were Harmed in The Making of This Tune. What may sound like pipes are Patrick’s guitar manipulations—no digital trickery involved. Finally comes ‘The Jig of Liam Fitzmurderhorse,’ a skull-crusher written in honor of the band’s mascot of the same name.